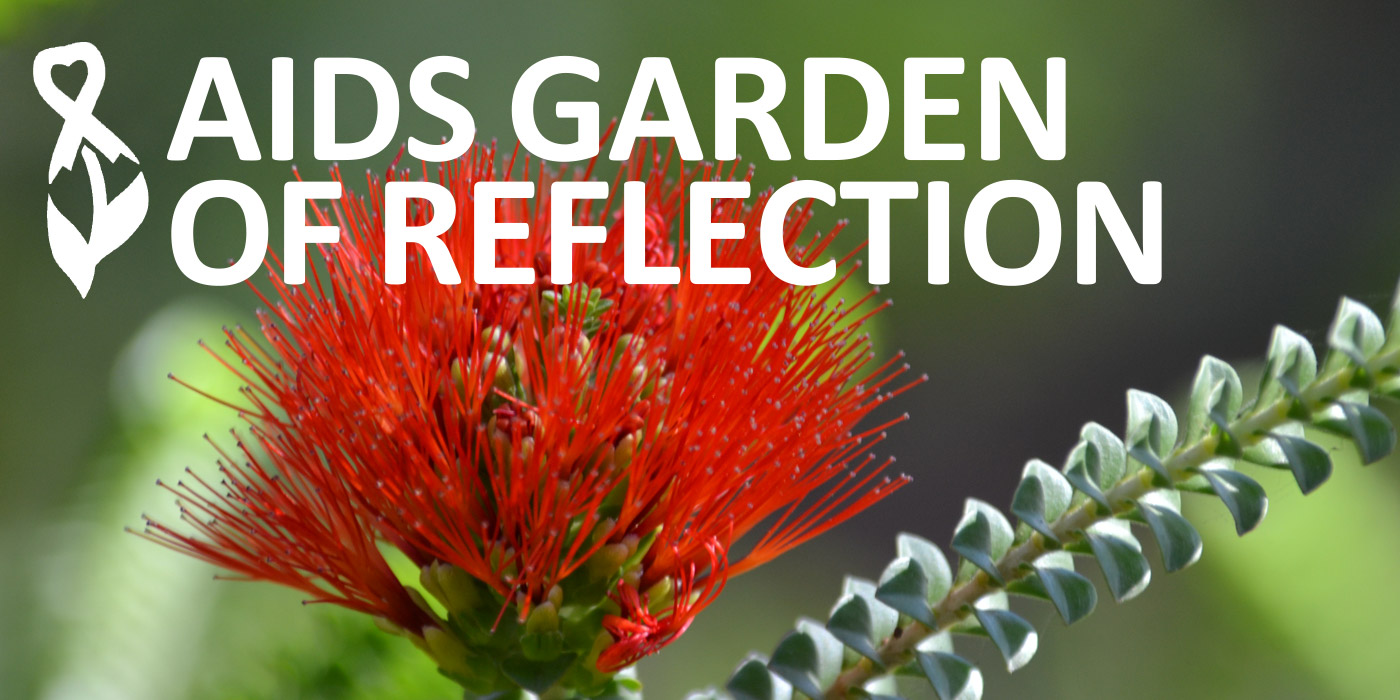 Written by Super User on 01 February 2017. Posted in Media Releases 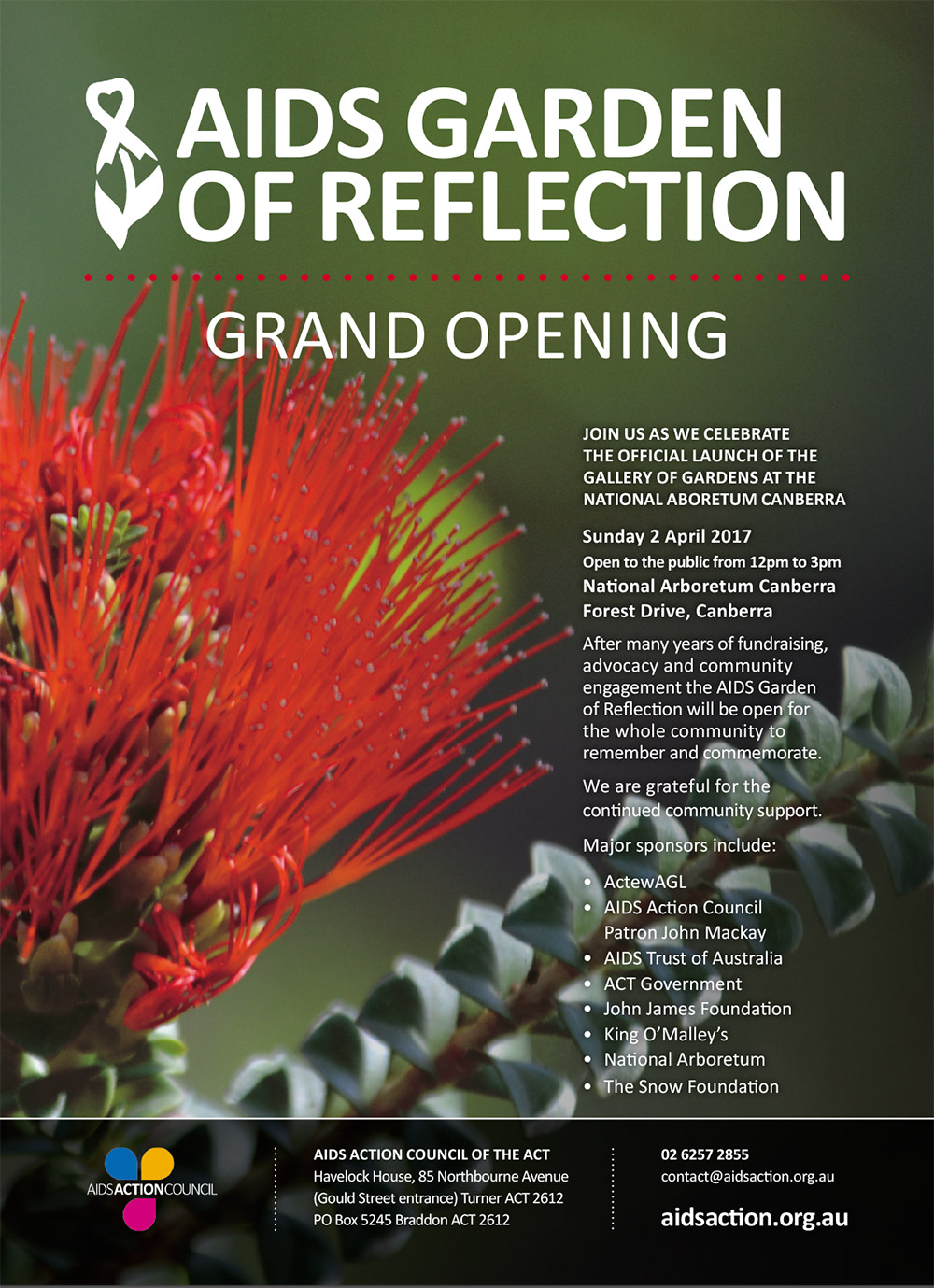 Come along to celebrate the official launch of the AIDS Garden of Reflection.

This garden will be a special place Canberrans can visit for peaceful reflection to ensure those who have passed from HIV/AIDS are not forgotten and inspire continuing action to eliminate new HIV transmissions and stigma for those impacted by HIV.

What: The Official Launch of the Gallery of Gardens, including the AIDS Garden of Reflection.

As Prince Harry and Elton John team up at the 2016 International AIDS Conference in South Africa, locally the AIDS Action Council of the ACT recently secured a significant contribution of $25,000 from ActewAGL to assist in the construction of the AIDS Garden of Reflection.

After 10 years of planning and fundraising, construction of Australia’s first AIDS Garden of Reflection will begin on Monday 25 July at the National Arboretum Canberra.

The AIDS Garden of Reflection is the brainchild of Richard Allen (also known as Rachel), who came up with the idea of the garden in 2006 after losing a friend to HIV. Richard, who has been HIV positive for 27 years, also lost his partner to AIDS in 1994 along with 12 other friends the same year.

Written by AIDS Action Council on 24 May 2016. Posted in Media Releases

The John James Foundation’s Board has announced today the Foundation will support the AIDS Garden of Reflection with a generous donation of $10,000.

The John James Foundation is Canberra’s leading medical charity, located in Deakin in the Australian Capital Territory.  As a not-for-profit organisation, the Foundation supports volunteer medical programs and a range of medical education activities.  It also provides funds for local, grassroots charities and organisations that align with the Foundation’s objectives. 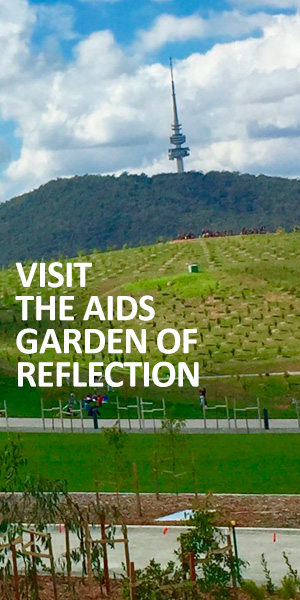